This year’s refri­ge­ration confe­rence in Tromsø became an arena where the industry was far more concerned than before about its own place in the global challenges facing the world. PTG CEO Terje Arnesen got to grips with this as early as his opening presentation.

This is an edited trans­lation of an article origi­nally written for the Kulde og varme­pumper trade journal by editor Jørn Wad.

“The global challenges we face actually support our business model,” he declared at the Norwegian Society of Refri­ge­ration gathering.

He pointed to projec­tions for the number of humans on the planet, from around eight billion today to 11 billion towards the end of this century. That created a number of challenges for most people, and the refri­ge­ration sector was no exception.

Arnesen observed that the seas cover roughly 70 per cent of the planet, but no more than two per cent of humanity’s food supplies derive from this huge area.

PTG’s business model is based on a strategy of devel­oping technology and solutions which will help to improve food quality, create opport­u­nities for long storage life, and not least reduce wastage. The company does this by devel­oping energy-efficient and sustai­nable solutions using natural refri­gerants, he explained.

Using a series of slides, Arnesen empha­sised that “expertise on refri­ge­ration technology is our backbone”. That was unlikely to have taken his audience by surprise. But what undoubtedly made a number of them “green” with envy was what he had to say about the PTG school.

That is because the company’s philo­sophy calls for appren­tices to account for at least 10 per cent of the workforce. But this commitment does not stop there. PTG continues to give people internal opport­u­nities to pursue conti­nuing and further education.

“We don’t believe we can secure people from the market with greater expertise than we’ve already got, so we’ve decided to train them ourselves,” Arnesen said.

“In 2020–21, we actually recruited 85 new employees and have appointed another 14 so far this year. We are expanding sharply and will continue to do so. But we’ll ensure that we retain the high level of expertise all our employees possess, and develop it further.” 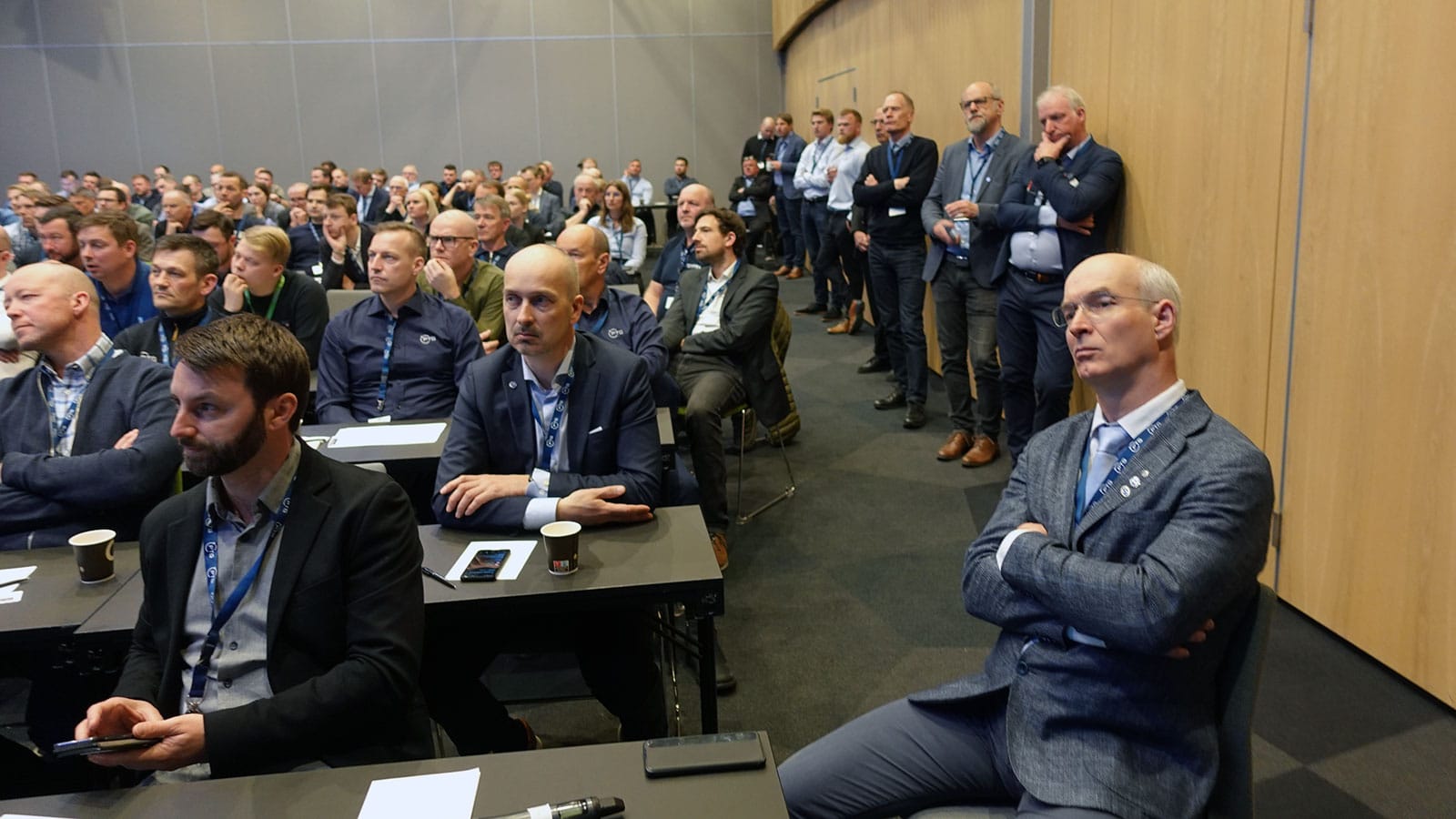 He was otherwise concerned to ensure that PTG develops what he called “tomorrow’s solutions”, and mentioned the company’s colla­bo­ration with shipping company Bluewild and ship design specialist Ulstein.

These partners are aiming to develop a completely new and innovative trawler, and PTG has parti­ci­pated right from the design phase. It has produced its designs in close colla­bo­ration with the Bluewild, and thereby reaped broad user experience which the customer could utilise in the project.

The refri­ge­ration solutions include the Super­Freeze system (500 kW, ‑50°C) and two SeaCool units – a compact refri­ge­rated seawater (RSW) system for efficient cooling of seawater and fish.

“Knowledge of the funda­mentals is needed to develop new products and solutions based on refri­ge­ration,” Arnesen noted. “That calls for good under­standing of the customer’s value creation, operation and potential, which is built up by our service technicians.”

Innovation and product devel­opment involving engineers contribute to the company’s parti­ci­pation in emerging markets, he explained, while noting that several Norwegian industrial clusters are world leaders for their solutions and systems.

Arnesen also empha­sised that the company is committed to manufacturing in Norway, and called attention to its new investment in factory expansion and roboti­sation at Malmefjorden.

This year’s confe­rence was otherwise charac­terised by a broad-based technical programme, and more than 300 parti­ci­pants were not only a reflection that people wanted to meet up after two years of pandemic. They also sought profes­sional refreshment, and got plenty of that.

The first day was devoted to overall briefings as well as the society’s annual general meeting. On day two, parti­ci­pants divided into parallel sessions and were served solid expertise from the podium. Time was also provided for visiting a technical exhibition and to pursue a little social networking.