PTG is to deliver a complete energy plant to provide sustai­nable cooling and heating for the new Lakse­fab­rikken salmon processing factory at Marøya in Nærøysund local authority in Trøndelag county.

The first part of this facility is due for delivery in October, with the whole project scheduled for completion in the early summer of 2021. PTG is colla­bo­rating in the project with Rørvik Kulde, a local contractor and partner.

“As a supplier of sustai­nable tempe­rature and energy solutions, we’ve colla­bo­rated fruit­fully with Sinka­berg­Hansen and Rørvik Kulde for many years and are pleased to be able to continue working together,” says Frode Berg, PTG’s technical manager.

Big commitment
Lakse­fab­rikken at Marøya repre­sents a big commitment for Sinka­berg­Hansen, with an overall area of 17 000 square metres and an annual production capacity of 100 000 tonnes of salmon. That repre­sents a doubling in capacity compared with the existing facility. 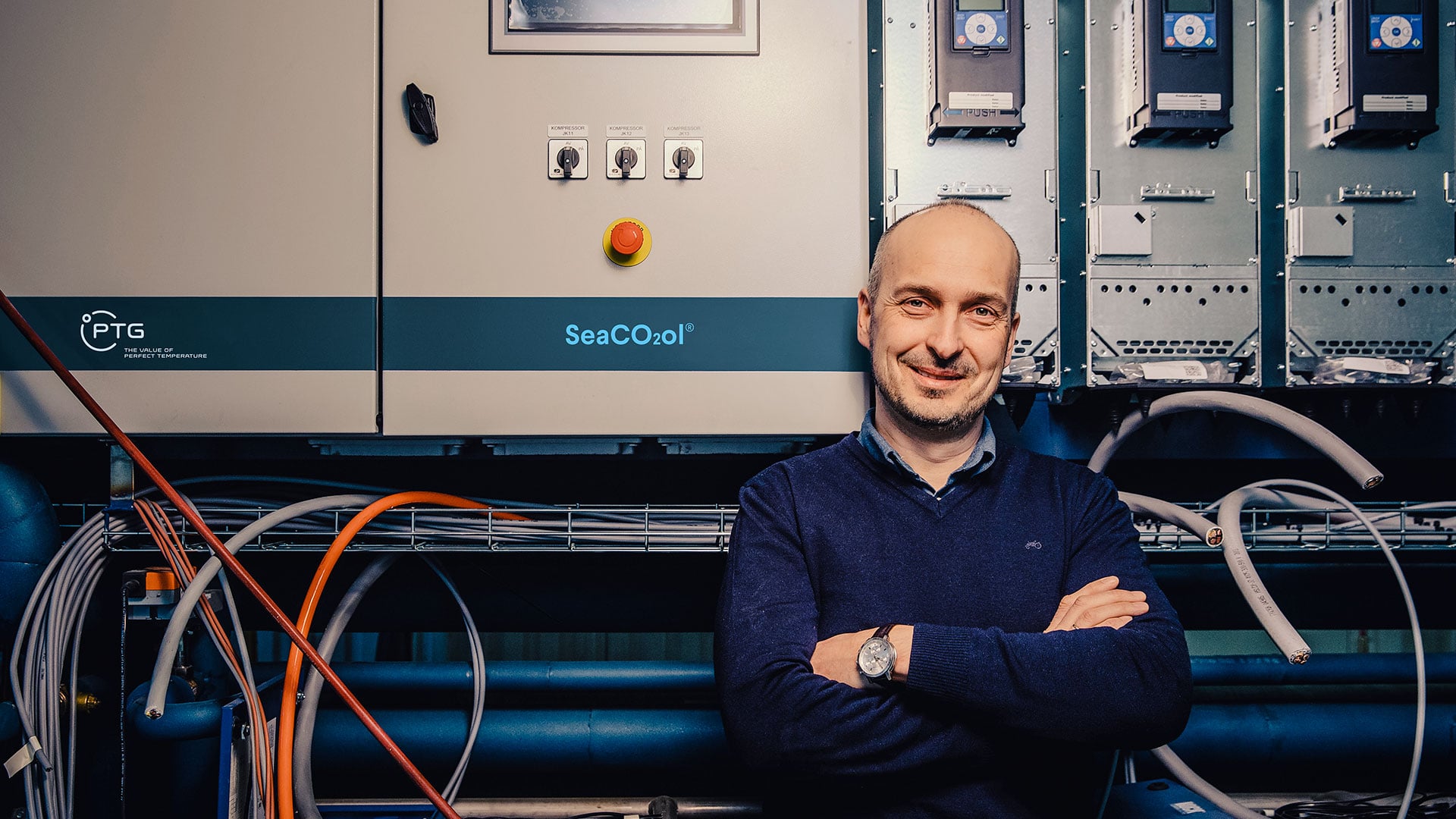 “We have colla­bo­rated fruit­fully with Sinka­berg­Hansen and Rørvik Kulde over many years, and are pleased to be able to continue working together,” says Frode Berg, technical manager at PTG.

PTG will deliver a complete energy plant to provide sustai­nable cooling and heating for SinkabergHansen’s new salmon factory at Marøya. The detailed attention paid to energy will yield a very high proportion of recycled power, which is estimated at no less than 2.98 gigawatt-hours per annum – in other words, almost three million kilowatt-hours.

Heat recovery
The new plant will have a total cooling capacity of more than three megawatts (3 000 kilowatts), while the factory’s heating requirement will largely be met by recycled heat from the energy system.

“That will in turn provide very good and effective operating economics for Lakse­fab­rikken,” says Berg.

Hot water
The plant will require 90 000 litres of hot water per day, primarily for cleaning the production facilities and processing systems. During the night, a drying system will remove surface water to prevent bacterial growth.

All hot water is to be produced by recovering heat from cooling and freezing in the production process. A CO2 heat pump will recover heat from the cooling plant in order to raise the tempe­rature to 70–80°C.

The energy system will also deliver heat to the production process as well as to office premises, and for melting snow and for the dehumi­di­fi­cation system.

Greener
Sinka­berg­Hansen is known for its commitment to energy-efficient solutions which contribute to a greener aquaculture industry.

“In total, the various measures will make a substantial contri­bution to the UN’s sustai­nable devel­opment goals for energy efficiency,” says Ragnar Sæternes, research and devel­opment coordi­nator at SinkabergHansen.

“That’s naturally very inter­e­sting for the devel­opment of a forward-looking and sustai­nable aquaculture industry.”

Innovative
Berg reports that PTG and Sinka­berg­Hansen have colla­bo­rated for several months in a preli­minary project to design an efficient solution. State-owned Enova is providing support as part of its programme on energy and climate commit­ments in industry. The solution will help to save almost three megawatt-hours (MWh) per annum.

PTG is among the leaders for industrial plants using CO2 as the refri­gerant. Lakse­fab­rikken will be the first salmon harve­sting facility of its size to use this gas as the refri­gerant for the whole cooling system, with the exception of an ice machine utilising ammonia.

The cooling and heating plant comprises a number of units linked together in an integrated energy system. It includes four SeaCO2ol refri­ge­rated seawater (RSW) units for cooling seawater and fish, a Finsam ice plant, a tunnel freezer, CO2 air conditioning and a CO2 heat pump for hot water and space heating.

“Sinka­berg­Hansen has long experience with CO2 as a refri­gerant and would like to use it throughout the Marøya facility for environ­mental reasons,” says Berg. “It’s satifisfied with the technology and wants to take it even further.”

Phasing out
Norway has been a prime mover in securing inter­na­tional agreements on phasing out freon (R22) and hydro­fluo­ro­carbons (HFCs), and 197 nations reached agreement in Rwanda during 2016 to cut the use of these powerful green­house gases (GHGs).

The effect of the various GHGs on the climate is measured by their global warming potential (GWP) and ozone depletion potential (ODP).

Freon is 1 700 times more damaging for the environment than CO2 as a GHG, but is primarily harmful for its negative effect on the ozone layer.

With a GWP of 3 922, the R404a HFC refri­gerant blend is also risky for its long-term negative environ­mental effect. As its rating implies, its GHG effect is 3 922 times more powerful than CO2.

The latter has a GWP of 1 and no negative effect on the ozone layer, since the gas used is recycled from other industry. Compared with freon, CO2 is also cheaper to buy.

Nærøysund is Norway’s largest local authority in the fish-farming sector as well as an important centre for fishing, with seafood companies providing a combined turnover of more than NOK 6 billion.

Rørvik is the largest fishing port on the mid-Norwegian Trøndelag coast, with 15 000 ship calls per annum. It is home to shipping companies, supplier industries and specialist retailers for fishing and aquaculture.