Creating their own future at PTG

Part of the fish production chain all along Norway’s coast

“I usually say to our people that they can be involved in creating their own future here – and that’s proved true in practice,” says Steinar Dale, production manager at PTG Frionordica.

“This attitude produces huge enthusiasm and a good working environment. You could almost say that everything we work with here involves elements of innovation. We’re intro­ducing new things all the time.”

The company has been located in Malme­fjorden between Elnes­vågen and Molde since moving from the latter town in 2011. Dale came on board in 2015, and has worked, thought, slept and eaten with its business ever since.

He certainly acknow­ledges the impor­tance of being a rounded individual, with a family, leisure time and all that they involve. All the same, he reflects, being so involved with something which carries so much weight for you perso­nally means you think about the job almost around the clock. He sounds almost surprised at reaching this self-awareness.

Unpolished diamond
“I saw at an early stage that this company was what you might call an ‘unpolished diamond’, and we’ve been on an incre­dibly exciting journey during my years here,” says Dale.

“We’ve gone from an annual turnover of NOK 50–70 million to around NOK 220–250 million now. So it’s not surprising that we quickly outgrew our production premises and had to extend them. Luckily, there’s plenty of space here and that gives us the room to expand further.”

Asked what form the company’s innovation takes, Dale says it pursues research and devel­opment virtually all the time. “This is about improving manufacturing techniques, of course, and the latest advance has involved investing in two robots able to both weld and prepare certain parts of the production process.

“These jobs are very demanding and take a long time to do properly. The new devices, which everyone here is very pleased with, save lots of time and money. I’m also sure they’ll help to reduce the physical load on our personnel.”

Dale says the company regards its takeover by PTG as a huge advantage. “Perhaps the most important reason is that it leaves us in peace. We’re allowed to exactly what we feel is right, which naturally provides additional inspiration.

“Moreover, it’s both reassuring and stimu­lating to have such a big group behind us. We’re aware that capital is available to do what’s necessary to make further progress, while the resources we get access to through PTG are also a support.”

Ice and heat
Dale explains that PTG Frionordica produces equipment for ice production in exactly the quantities required by the fishing vessels which use it.

“And the refri­ge­rated seawater (RSW) heat pumps we build are constantly being enhanced with new innova­tions which allow us to deliver equipment our customers can make money from using. We – or at least the equipment we supply – are part of the fish production chain along the whole Norwegian coast. That’s good to reflect on.”

He describes the plant expansion in 2019–20 as crucial because it laid the basis for achieving the organic growth which the owner was looking for.

“At the same time, it meant a great deal for the local community. As I mentioned earlier, this is about something more than ‘simply’ working in a factory. The extra 400 square metres we gained has provided a foundation for our continued growth – in a positive way.

“Our investment in robot technology means that this expansion can continue – with the same workforce as before. In other words, nobody’s been made redundant by starting up our two robots. And there’s an extra value in working for a company which thinks as much about the personnel as it does about the bottom line.”

Dale reports that PTG Frionordica currently has 44 employees and 14 temporary hires. “That’s because it’s difficult to predict how many permanent personnel we will need at any time. But we’re constantly working to create more predicta­bility, greater solidity in the company, and not least space for conti­nuous research and development.

“What we do here, after all, is really high-end technology and in a field where advances move rapidly. Since we work with pressurised equipment, too, a good deal of certi­fi­cation also needs to be in place.

“Fortu­nately, we’ve recruited a number of employees with a background in the oil and shipping sectors. This is worth its weight in gold for us, because we can combined solid experience with innovation.

“That’s why everyone in the district feels they’re involved in building a future. We see how people feel they should look within themselves to find new opport­u­nities. People reflect on how they can improve. You can’t buy an attitude like that for money. It has to be developed – and we have to do that together.”

Local commitment
When asked how the company will continue to ensure that enough people are available to meet the level of production demanded by both market and owner, Dale accepts that “enough people” would undoubtedly be the challenge for the future.

“As I mentioned earlier, we have largely recruited locally and aim to continue doing so. It has a value in itself. So I was very concerned to see where ‘conversion’ to a PTG company would lead.

“But I’ve never seen a transition which has gone as smoothly as this one. All the employees were allowed to parti­cipate in influ­encing the process, with the result that everyone feels themselves to be a ‘PTGer’.”

Describing the group as an rallying point, he says the company’s workforce feels proud of the brand. “We’ve clearly retained our history but are conti­nuing to build together. And our two new colle­agues in the shape of the robots, who can work around the clock if needed, means we feel we’ve taken yet another step forward.”

Dale laughs at the sugge­stion that everyone who is in his position probably says the same. “I won’t comment on that. But I know this district, and not least the life circums­tances and attitudes of every person in this company. We’ve been given a unique position to build a high-tech company in a small local community, and most people can certainly work here too.

“Although we’ve perhaps grown up a bit quickly a few times, and faced the challenges that poses, we’ve also experi­enced the strength provided by solidarity and the sense of liberation which comes with backing from a large and strong group. We’re thriving right now. It’s that simple.” 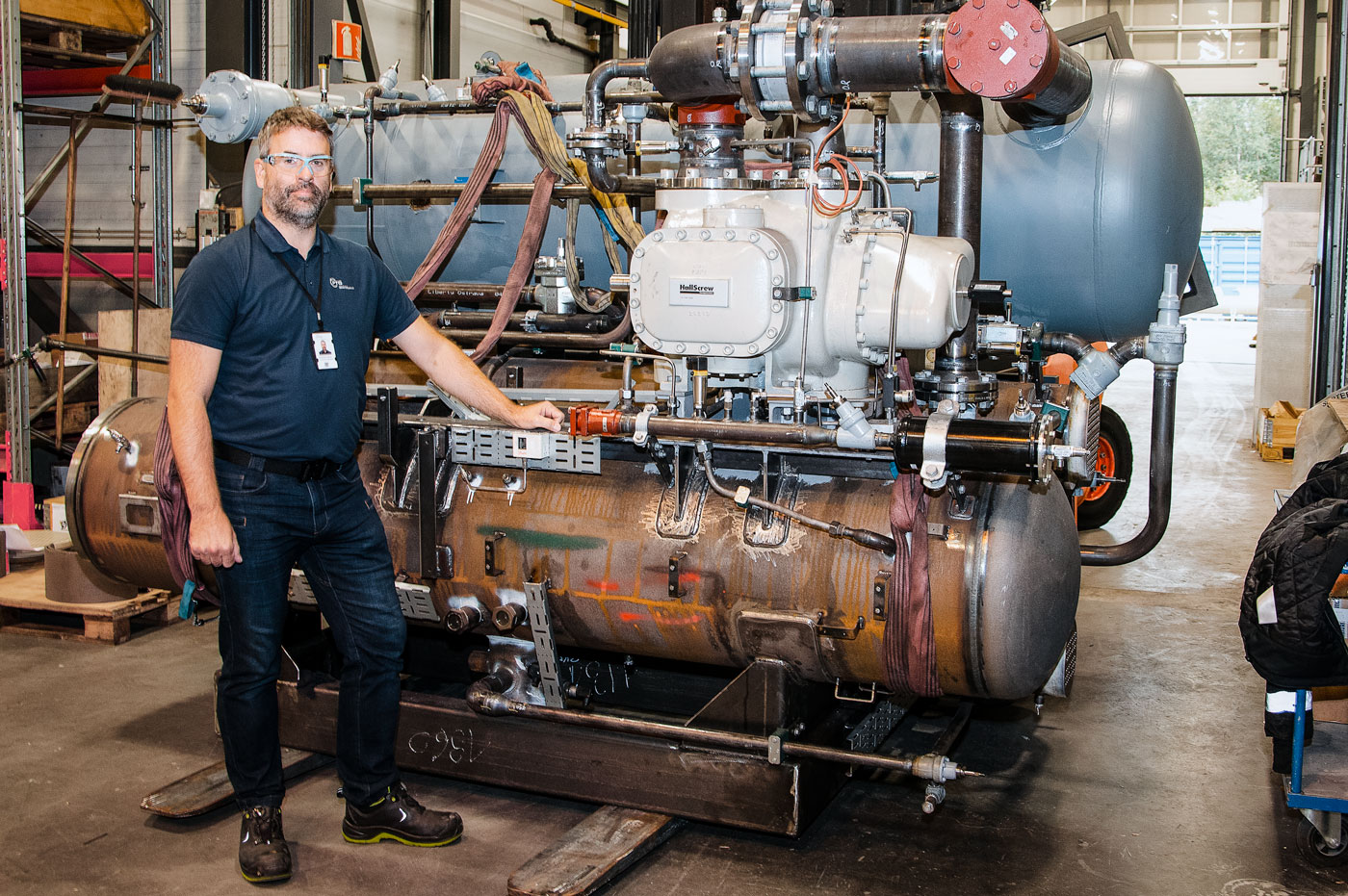 Backstory
The part of PTG currently based in Malme­fjorden has concen­trated its technology since the late 1970s on appli­ca­tions for fish. It all began with the production of RSW plants and heat pumps in a shed at the Bolsønes Verft yard in Molde.